Moneyball was never just about statistics

Billy Beane didn’t choose to use the sabermetric and data-driven processes we know as “Moneyball” because he loved statistics. He did it because sensible use of data gave his team a competitive advantage over his opponents.

Then those clubs will keep winning and eventually everyone will listen.

And then the competitive advantage will be gone.

Just like when Ford introduced the assembly line they had a huge competitive advantage, bringing private transportation to the masses. But then everybody had them.

I am always saying smart clubs should be investing heavily in decision making structures (supported by analytics) so they get more decisions right. This means having organised data and information available to them.

What really smart clubs should be doing is thinking about what the purpose of good analytics is for recruitment. It allows them to identify and recruit good players, who fit the style of football they play, before everyone else has noticed how good they are.

There are lots of other cool things you can do with analytics on the coaching side but for recruitment, the purpose is to find better players.

When everyone has a Statsbomb/Opta/Wyscout system with full tracking data for all major leagues and stats for things like quality of movement, players bypassed with attacking moves I truly believe we’ll be as close as possible to identifying what makes a good player good.

And this is when the McNamara fallacy will hit.

Sadly nothing to do with ex-Celtic fullback Jackie, but rather Robert McNamara who is famous for relying solely on what could be measured in his management of the Vietnam War efforts in the US Department of Defense.

By focussing on what the data was telling them they forgot to look at all the other options available to them.  And then they didn’t notice they were losing.

But, just as mid 90s Billy Beane noticed that the way to gain an advantage was using data when nobody else was then the Billy Beanes of 2020 will be thinking about ways of finding players that don’t show up in data.

So if in 2020 you have a league’s best analytics department you need to know that by 2025 every club in the league will have a data set up almost as good as yours. What can you do now that will put your club ahead of the curve?

We’ve established that the point of recruitment is to find players who improve your first team. But (apologies for the self-help style language) you don’t have to buy a tree, you can buy a sapling. Or “root not fruit” as Stuart Webber said this week.

Ah but we already have a youth system and buy in all the best 16-year-olds from around Europe?

But do you have any sort of pathway for player development? Or do they train in a group of 40 at your training ground, on big money before entering a never-ending cycle of loans?

A proper player development pathway involves giving players a clear pathway to the first team. This might involve progressing through different stages like Red Bull use with junior development teams in the lower leagues before top-flight football in Austria and Germany.

But if you just do that is it enough?

What about looking at Metz? They’ve entered an agreement with Generation Foot in Senegal. Since then Generation Foot has won 2 league titles and supplied Metz with their Ligue 2 winning strikeforce. Oh and produced Saido Mané and Ismaila Sarr. Win, win.

So one relationship with one African club has produced two of the most highly sought after players in Europe. And how much does this relationship cost Metz? Just the cost of running the academy. Even if this were £3m a year they sold Sarr for £15m and Niane and Diallo would fetch similar amounts.

Yes, you say but English clubs can’t buy in directly from Africa. Correct, though post-Brexit who knows what the rules will be.

Well, how about buying, or entering a similar agreement with a Ligue 2 club? Take Sochaux. In desperate need of investment. One of the best talent producing clubs in France. You buy them, your African academy and your pipeline now includes Africa, France and the UK. You’ve increased your pool of youth talent many times over.

And all for the cost of one established PL ready player.

MRKT Insights LLP are currently putting these networks together. 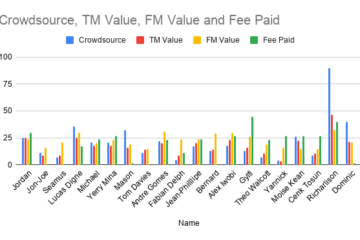 Wisdom of the crowd

After a year working in football full time player valuation is one area that remains somewhat of a mystery. Football ability is granular, yes you get generational talents, but most of the time you are Read more… 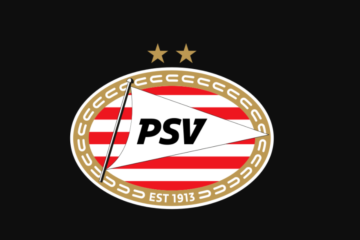 With all that has been going on in the world recently, you may have missed the news that Roger Schmidt was unveiled as PSV’s new Head Coach ahead of the 2020/21 season.  Having become a Read more… 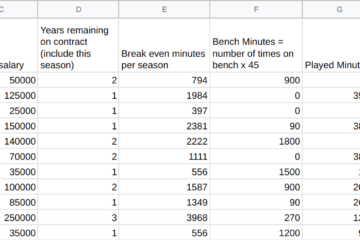 The value of minutes.

In the first article we looked at why teams should aim to have an established core of players.  This blog will look at why being able to anticipate who will play those minutes is key Read more…

Find out more or adjust your settings.