Get him out of the club.

You don’t have to go far into the realms of twitter, forums, or Youtube channels to find someone ranting about how their football club is being let down by a manager so useless he can surely only have been appointed as some kind of sick practical joke.

Football management is a very strange career. There is no actual single definition of what the role is. Is it Head Coach, standing outside and running sessions, or is it a job that sits above it overseeing coaching, recruitment, fitness, and medicine?

Where does a Sporting Director or Director of Football fit in?

Once upon a time it was fairly clear. You had English style managers, a powerful man who was the public face of the club. They ran things as they saw fit and were only answerable to the Chairman.

Later we saw the European Model where a Sporting Director was a more powerful figure and appointed the Head Coach to lead first team affairs.

Neither model is good or bad, there are plenty of examples of successes and failures under both systems.

As the job has grown, in terms of the public profile, and the number of responsibilities most clubs have moved towards the European model, where tasks are split across different roles. It is very rare now for a manager to have complete control over a club.

In this article I shall use the term “manager” to refer to the person in charge of the team in the dressing room and on the touchline on matchday.

What has never changed through history is that the very first person blamed for a defeat is the manager.

He got his tactics wrong.

He picked the wrong team.

Now it is entirely possible for all these things to be correct. Maybe he did get the tactics wrong, maybe the players don’t engage with him, maybe there were better options available.

The problem is there are few circumstances where changing a manager alone has a dramatic positive impact on long term performance. Where it has worked really well we’ve often seen key players recruited, or additional resources made available.

We have seen also seen dramatic negative impacts, for example when Ferguson, Wenger, and Moyes all left after decade(s) in charge of their clubs all three clubs suffered a long term decline in performance.

And although Wenger’s impact with Arsenal was immediate it took Ferguson and Moyes 4-5 years to stabilise their clubs at the average performance level they sustained for the remainder of their time in charge.

So why might that be? Alex Ferguson finished 11th and 13th with Manchester United (and just 5 points clear of relegation), taking 6 years and a lot of investment from the club in expensive players to win the title.

He is now regarded as one of the greatest managers of all time. Even adding him to the club wasn’t enough, it took time to change the other parts of the clubs to reach a point where they could compete for titles.

Does this mean every manager could be a potential Alex Ferguson? Doubtful, there is obviously a skill element too but it is fair to say that most managers aren’t given time to get it right.

But when we say “time” what do we mean?

Not just time but alignment

In football we are forever chasing the missing piece of the jigsaw puzzle. That final small change that knits everything together.

Usually it is the elusive 20 goal a season striker, or the manager who will get the useless players to show some passion.

Unfortunately, for the lazy, it is not that easy.

Long term studies, and our own experiences, tell us it is very rare that a club just comes out of nowhere to win something. Leicester City’s title win is famous for a reason. Things like that just don’t happen.

And even Claudio Ranieri, the title winning manager, was sacked the season after.

Most of the time you are trying to improve a club to get to a position that maximises what you can do on your budget.

If you have a big budget relative to the competition you may be able to do this quickly, but rarely efficiently.

There are 4 sets of people who need to be aligned in order to efficiently and effectively move a club in the right direction.

The Owners – They must be realistic about what can be achieved on their budget. If they are providing a budget that is a fraction of the top 5 clubs, yet demanding a top 5 finish it will not lead to realistic and sustainable planning. Their job is to provide stability in the finances of the club so that long term plans can be made.

They need to align with:

The Board  / Sporting Director – The individual or group that runs the footballing side of the organisation needs to have a vision of how football should be played and a clear plan for using the budget supplied to them effectively. Just saying “we want to win” or “we’ll trust the manager” is not good enough. You cannot monitor progress if you don’t have a destination in mind.

They need to align with:

Coaching (Manager) – The style of football that the club wants to play must be shared between the Sporting Director (Board) and the coaching staff. Most of the problems seem to occur when the owners/directors see that the team isn’t playing how they want them to play. If there is a joint, clear, shared vision of what good football looks like this should be less of a problem.

This needs to align with:

Players – The style of football played needs to align with the players available. If both the directors and coaches believe in a high possession style but the players aren’t good enough to play like that then there is a problem. The club (as a whole) then has to decide whether the playing staff can be improved through coaching or replaced with recruitment at a cost that aligns with the club’s overall budget.

If one of those pieces is out of alignment the whole structure will fail.

With an unrealistic owner they will likely be changing the board, coaching staff, and players too often to get any continuity.

With a Board / Sporting Director with an unclear vision, or different vision to the coaches, you will end up with poor player recruitment and regular coach turnover.

With a Head Coach who disagrees with the Sporting Director, or coaches the wrong style for the players available to him the team will fail.

With players who aren’t right for the club’s preferred style at the club’s level, they won’t be able to field a competitive team.

So it isn’t just the case that a manager needs time to sort out their part of the club, the whole club needs to be moving in the same direction.

Don’t always assume the problem is the manager of the first team.

They are a small part of the whole process.

Do you have a realistic budget to do better than you are, do you have a clear view of football, and the players to play it? If so the manager might be the problem.

If not perhaps it would be better to look at the other parts of the club first before going through an expensive process that, more often than not, makes no long term difference to your performance.

Potential managers should ensure the club matches their vision and ambition, this is often a one shot career.

The collapse of the transfer market, and when it will return.

“Imagine there were no transfer fees, it isn’t hard to do, only free transfers, and a couple of loans too” It may not have made John Lennon’s final draft but as an existential questions for Read more… 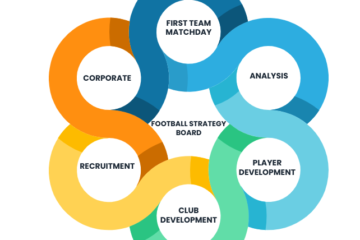