We are currently in what is known as a “transitional period” where the UK is no longer a member of the European Union but will still abide by current rules and regulations until December 31st, 2020.

For football, this means that in the summer 2020 transfer window clubs will be recruiting players based on the current set of rules – whereby players with EU passports are granted automatic right to play in England – but as of the January 2021 window, who knows?

“After this year every foreign footballer will need a work permit, the precise terms of which have yet to be agreed”

It may be that any player being paid over £30,000 a year will receive a permit wherever they come from. With no difference between recruiting a player whether they come from Nigeria or from France.

At the other extreme, they may continue to use the current work-permit system whereby players are judged on playing a minimum percentage of competitive games for their country or meet certain criteria such as costing a very high transfer fee or receiving a very high wage.

Applying the current rules (minus free movement for EU passport holders) would effectively kill off the chance of bringing in overseas players below the elite level.

According to Radnedge’s article, the Premier Leauge favours the automatic granting of work permits to any player they wish to purchase from abroad, presumably the argument being that if they have judged them worthy of a squad space, and will pay them handsomely, that should be enough.

Meanwhile, the FA sees this as a threat to domestic players, if work permits are automatically granted what happens to domestic talent? They are lobbying for an increase in the number of home-grown players each squad must contain, aiming for 12 out of 25 players to have come through the UK footballing system.

But what about outside the Premier League. The other 72 clubs have hundreds of players earning over £30k (so would qualify for a standard work permit) but who wouldn’t qualify at all if the current regulations for non-EU players were imposed on EU born players.

So where does this leave football clubs planning their recruitment and player development strategies for the coming years?

It may not surprise you that a sales pitch follows that last bullet point. MRKT Insights is creating a huge database of scouted players from all over the world, not just the UK and EU. By pooling the expense of a worldwide scouting network our clients can concentrate on in-depth final assessments rather than trawling for options. We are already scouting worldwide with contacts in Africa and South America.

We work with clubs committed to developing talented players and encourage mutually beneficial deals within the network. Allowing players to prove themselves at the highest possible level where they will play every week. This will provide the player with the best environment to learn, benefit the club they are performing well for, and increase their value to their parent club.

We can provide domestic players who aren’t Premier League or Championship ready yet the right opportunity to prove themselves. The 18-year-old who clubs aren’t able to risk can return as a 20-year-old with 60 games experience, in a similar system, playing men’s football.

And this can be done in a way to benefit the borrowing club, the lending club, and the player.

Contact us for more details about how you can join the scouting network, the software we provide, and the opportunities we can offer to your players. 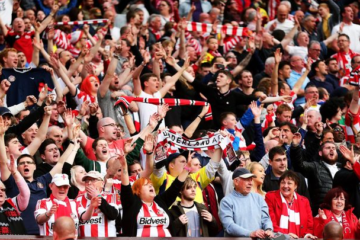 Sunderland A.F.C  We are often asked for examples of the type of report we produce for football clubs by way of introducing our services. The report below is an example of a full report, with Read more… 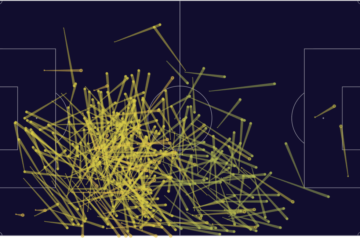 One of the key questions about data scouting is how a player’s individual output is affected by the team they play in. It is unfair to expect a potentially highly skilled passing central midfielder to Read more…

Find out more or adjust your settings.