In our previous articles we looked at how clubs could use a strategic approach to club management.

Firstly by setting out a long term vision for the club, and secondly by breaking this down into individual projects and processes.

This final article in the series will look at how we can prioritise those projects. Which of the departments in a club has the greatest impact on on field performance? And how can you link these decisions to your overall strategy?

How to measure impact?

Measuring impact is difficult. How do you compare the decision whether to spend money on a weight machine or a psychologist?

In most businesses you would try to quantify investments with a rate of return. Would buying a new piece of equipment  for £1m be better than employing two staff members to do the work instead for £50k a year each. You put in the expected costs, the cost of borrowing, anticipated productivity and work out which decision makes more sense.

But in football does measuring output in currency make sense? You could argue that winning more could lead to more income in TV and prize money but the reality is that a lot of clubs are running at a loss with a goal of winning trophies.

It therefore may be better to take the output in football as the points won. This is something all clubs are striving to achieve.

So our input is cash (£) and our output is points.

We therefore look to maximise the number of points won for each £ spent.

Stefan Szymanski and Simon Kuper showed how close the correlation between expenditure (input) and points (output) was in their book, Soccernomics.

Leeds, Derby, Southampton and many others underperformed relative to their expenditure.

The question is therefore how do you ensure you are above average? The team who achieves more than they should given the wages they spend.

If we agree on the use of points as the output of spending then we must also agree that some things directly impact the winning of points more directly than others.

A typical basic hierarchy may be:

Players – on the pitch

Managers/Coaches – working with the players and tactical preparation

This would seem fair at first glance.

The forgotten factor is the people who employ the players/coaches/support staff.

It is arguable that the single most important section in a football club is the executive leadership. You cannot have a successful club without both good business logic and football knowledge at senior levels.

There will then be hierarchies within each of those sections. Is it better to have a third choice goalkeeper or spend the budget on a better striker? We can calculate likely outcomes to this type of question.

On the other hand, is it better to increase spending on medical staff to improve recovery from injury or to spend money on preventative software aimed at stopping injuries occurring?

If we can work out the anticipated return in terms of minutes of our better players on the field we can assign a points impact to it.

A common idea in football is that it is a game of marginal gains. By being slightly better in lots of small areas (micro) we can add all these gains and be much better overall.

This is true, and part of our strategy.

However often the largest gains are to be made in macro strategy.

In our previous article, we devised a strategy for transforming a fictional Premier League team into the English Dortmund. The strategy is built on three pillars (macro strategies):

Our fictional Premier League team is convinced that by implementing this strategy, they will be able to become a competitive team with a sustainable break-even business model. It is not enough to simply create a beautiful strategy, the board of directors must also take action. The strategy is implemented at the operational level, where individual departments develop policies and programs to help achieve the strategic goals. The board of directors must direct this process by allocating resources appropriately – in our case favoring the youth, innovation, and scouting & recruitment departments.

The budget plan above demonstrates that there was no clear strategy in place up to this point (year 0). The old “strategy” was to devote the majority of its resources (85%) to the first team, resulting in a structural deficit of £15.000.000 in the previous year. This was clearly not a sustainable way to run the club.

The first time we can allocate the resources according to the strategy is in year 1 (right now). Because the board of directors cannot simply turn everything around, their hands are tied in year 1.

The room to manoeuvre refers to the valuable player assets that are sold as they no longer match our current playing philosophy. Furthermore, restructuring the analysis department as well as the corporate side supported us in becoming more efficient. These additional resources are not reinvested into the first team squad but into our strategy:

To effectively implement a new strategy, an investment in the first few years is required. The club will still incur losses in the first two years of the strategy plan and will not break even until year three.

From year two to year five, the club gradually increases its investments in the three strategically relevant departments. Investing in the recruitment department will have a relatively immediate positive impact on the club as the club is able to find undervalued players using a data-driven approach.

As a result, the club can gradually reduce its first-team budget and use the extra funds to pay for investments made in years two through five. On the other hand, it will take longer to see the results of the investments in the youth academy, with youth players expected to enter the first team in year 5.

The sporting expectation for the transition phase is that the club will remain a stable mid-table team from year one to three, with a possible loss of one to four positions. In year four, the club will be a high-performing mid-table team with a gap to the top six. The investments in the innovation department are expected to yield results starting in year three, assisting the club in achieving a positive financial balance in order to start repaying its debts.

The investment in our strategy has been completed after five years. At this point the club will have a state of the art scouting & recruitment department and youth academy.

In year six our budget is significantly lower as these two departments can run on operation costs without the need of high investments.

Beyond this point we review the strategy adjusting to the new circumstances we find ourselves in. If the first 5 years have been successful we should have a productive academy and much improved player recruitment and improvement.

So far we looked at how the board of directors can steer the macro strategy with the three strategic pillars. Based on the allocated resources each department has to create policies and programs (micro strategies) that help to reach the goals of the macro strategy.

In the end, both the macro and micro strategies should be focused on helping the club increase our points output more efficiently than opponents are able to for each unit of input.

Our macro strategy allows us to allocate budgets to areas we are prioritising within the next 5-10 years.

Our micro strategy allows us to allocate these departmental budgets at maximum efficiency.

Our player wages will still make up by far our highest level of spending within our annual budget.

Player decisions are also going to have the biggest impact on our input/output model.

Put another way, if you swapped the players of Manchester City and Kidderminster Harriers and everything else remained the same, who would you expect to win the game?

So if players have the largest direct impact on results our strategy needs to be one that allows us to get:

Undervalued players may be youth products, players signed from markets with lower competition, or players we have been able to identify who other clubs are overlooking.

So although we know the biggest gatherer of points are our players this doesn’t just mean we have to spend directly on the players.

We can instead reallocate the money to the departments that allow us to find, recruit, and make decisions about retention of these players.

Some of the tools we use to assess value for money are our anticipated minutes calculators and some contribution vs cost metrics that we would assess directly alongside the anticipated positional outputs.

We also use opportunity cost as an internal metric. For example, if you have built up the scouting team and believe you have identified some excellent players with resale potential should you allocate the budget to a contract renewal of a popular existing player or back the team to find you a multi-million revenue raising player with that budget instead? We may therefore try and calculate whether an anticipated drop in Y1 output would be worth the increased potential output in Y2 and Y3.

It is never an exact science but the framework allows better decision making at a micro level that fits into a macro strategy.

Ultimately performance relies on using your budget better than your rival clubs over a long period of time. We believe strategic reviews, that drive operational plans, that are well managed because the right information is given to informed decision makers, is the best way to achieve this.

Owners need to have structures in place to assess how good the football decisions are that are made within their club.

This requires a combination of basic business management and knowledge of the wider football market.

Clubs need a framework for assessing spending decisions that makes sense in football terms. The preferred methodology for this is the points on the pitch that each spending decision returns.

We need a macro strategy which will drive where money is spent.

We need a micro strategy which will drive how money is spent.

MRKT Insights have a proven framework that can help clubs gain more points on the pitch and grow the value of clubs.

Article by Tim Keech and Olivier Wicki In our last blog we explained why clubs should undertake strategic reviews and the methodology we use to perform these. In this article we will work through this Read more…

Holding out for a hero

The single scientist working alone who makes a world-changing discovery, the doctor who performs life saving surgery, the programmer who built a trillion dollar company.  We love stories about geniuses who have performed feats nobody Read more… 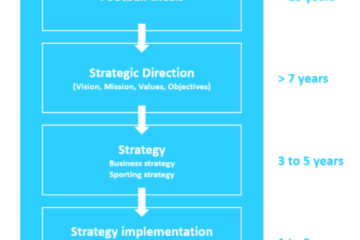 Football is a volatile industry in which the outcome of the next game can change the club’s entire approach. The problem we often see in football clubs is that the Head Coach is made the Read more…